A man is set to hear from the European Court of Human Rights if his murder trial was unfair because it was held largely behind closed doors.

A man is set to hear from the European Court of Human Rights if his murder trial was unfair because it was held largely behind closed doors. Wang Yam, who was found guilty at the Old Bailey in 2009 of killing author Allan Chappelow to plunder his wealth, is expecting a ruling to be handed […]

Lawyers for Jeremy Bamber have launched a high court challenge to the Crown Prosecution Service (CPS) in an attempt to force it to disclose evidence they claim could undermine the safety of his conviction for murdering his family Charles Hymas, Home Affairs editor at the Daily Telegraph reports for. Bamber is serving a whole life […]

Three black men to have cases heard by senior judges over the involvement of a corrupt officer in their convictions.

Three black men who served jail terms for mugging in the 1970s are set to have their cases heard by senior judges over the involvement of a corrupt officer in their convictions. Winston Trew, Sterling Christie and George Griffiths were arrested – along with Constantine “Omar” Boucher – at Oval Underground station in 1972 by […]

A former probation officer has won an appeal after a family court judge concluded that he had sexually abused his three-year-old daughter while she was staying with him. His ex-partner had called police after questioning the girl about marks on her skin when she returned home. Police investigated the concerns of the girl’s mother. Prosecutors decided there […]

Coercive Control: A woman serving a life sentence for stabbing her ex-partner to death wins first stage of appeal

A woman serving a life sentence for stabbing her ex-partner to death has won the first stage of a bid to overturn her murder conviction after judges heard she was the victim of coercive control. Farieissia Martin knifed Kyle Farrell, 21, after returning from a night out to her home in Charlecote Street, Dingle, Liverpool, […]

A woman serving a life sentence for stabbing her ex-partner to death is to appeal against her murder conviction.

A woman serving a life sentence for stabbing her ex-partner to death is to appeal against her murder conviction. Farieissia Martin stabbed Kyle Farrell, 21, during a row at her home in Charlecote Street, Dingle, Liverpool, in November 2014. The mother-of-two was jailed for at least 13 years after being found guilty of murder at […]

A school teacher’s conviction for the so-called “lady in the lake” murder of his wife was “unsafe”, Court of Appeal judges have heard.

1030 – today The safety of the conviction of the late Gordon Park for the murder of his wife Carol, who disappeared in 1975 and was found by amateur divers in Coniston Water in the Lake District in 1997, is to be considered by Court of Appeal judges. The challenge against his 2005 conviction follows […] 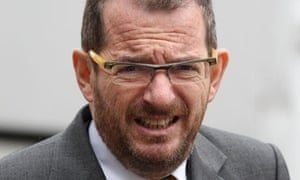 A High Court judge has been strongly criticised for being “hostile” and using “bullying” language towards a man who represented himself in a libel claim. Mr Justice Robert Jay QC was leading counsel to the Leveson Inquiry into the culture, practices and ethics of the press from 2011 to 2012, and was appointed a High […] 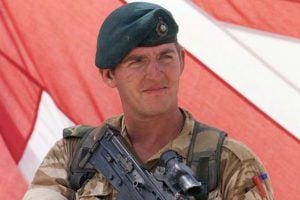 A Royal Marine serving life after being found guilty of murdering an injured Afghan fighter challenges his conviction today. Five judges at the Court Martial Appeal Court in London will review the case of Sergeant Alexander Blackman. Blackman, of Taunton in Somerset, will watch proceedings via video link from prison. His wife Claire and dozens […] 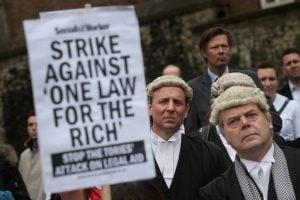 Two charities have today (Tuesday 28 July) won the right to challenge legal aid cuts for prisoners after the Court of Appeal ruled there was a risk that the system could be unfair and unlawful. The Howard League for Penal Reform and the Prisoners’ Advice Service (PAS) have been inundated with requests for help from […]