Police cautions to be scrapped 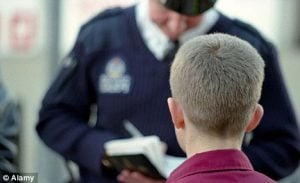 Cautions are set to be scrapped in England and Wales as part of an overhaul of out-of-court disposals. Ministers want to replace existing disposals available to police officers, which include cautions and cannabis warnings, with a new two-tier approach requiring offenders to take one or more actions. Justice Secretary Chris Grayling said the revamp, which […]