Core of terrorisim trial to be held in secret 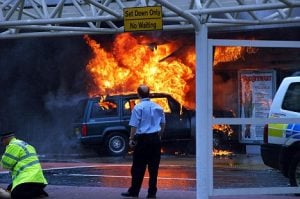 The core of a terrorism trial must be held in secret so that justice can be done, the Court of Appeal has ruled. Three judges found the course was justified in the “exceptional” case of Erol Incedal and Mounir Rarmoul-Bouhadjar, who are to face charges at the Old Bailey on June 16. Lord Justice Gross, […] 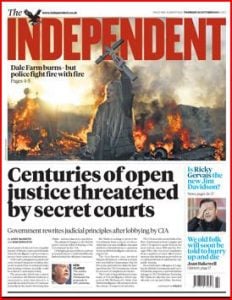 Government plans to hold more inquests and court cases behind closed doors appeared to be in tatters after Deputy Prime Minister Nick Clegg told Cabinet colleagues he could not support the proposals in their current form. The intervention by Mr Clegg came as MPs and peers on the cross-party Joint Committee on Human Rights savaged […]