Longer jail sentences ‘would only increase pressure on overstretched prisons’

Plans to keep offenders behind bars for longer may not help to cut crime or make the country safer and would only add to pressures on overstretched prisons, campaigners have warned. The Prison Reform Trust made the claims just days after legislation to ensure serious violent and sexual offenders spend longer behind bars by scrapping […]

Serious violent and sexual offenders to spend longer in prison: Due to come into force 1st April 2020

Plans to see serious violent and sexual offenders spend longer behind bars by scrapping automatic release half-way through a jail sentence are to be debated at Westminster. The legislation, which will be scrutinised in Parliament on Wednesday, proposes criminals like those convicted of rape, manslaughter and grievous bodily harm will have to serve at least […]

Which side of the line are you on? 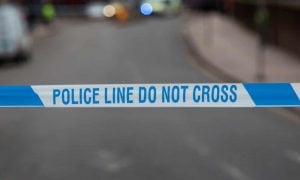 By Mark Leech Editor: The Prisons Handbook Well, which side of the line are you on? People who assault police officers should face a “two strikes” system that results in a mandatory jail sentence for a second offence, Cressida Dick, Commissioner of the Metropolitan Police and Britain’s most senior officer, has said. My question is: […]

Boris Johnson backs an end to automatic half-way release for sexual and violent offenders – described as ‘nonsense’ by one prisons expert.

Boris Johnson has indicated violent or sexual offenders could remain locked up for longer if he becomes prime minister – which one prisons expert has described as ‘political posturing and sheer nonsense.’ The Tory leadership hopeful said it was wrong that prisoners were routinely let out after serving just half of the sentence handed down […] 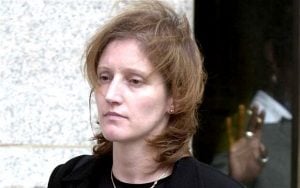 A murderer who once worked as an aide to Sarah Ferguson could be freed from her life sentence within weeks after applying for early release – but one prisons expert argues it will be at least another three years before she is in any realistic position to be freed. Jane Andrews, 46, who stabbed her […]

A fitness instructor who attacked a judge and knocked off his wig at Ipswich Crown Court has been jailed for 18 months after admitting contempt of court. Paul Graham, 27, of Quendon Place, Haverhill, raced from the public gallery and vaulted over a gate to get behind the judge’s bench before throwing punches at Judge […]