Tory backbencher Bob Blackman faces repaying more than £1,000 in wrongly-claimed mileage expenses. An investigation by the Independent Parliamentary Standards Authority (Ipsa) has found that the Harrow East MP submitted more than 700 “inaccurate” claims. The Ipsa inquiry’s provisional findings state: “The Compliance Officer has concluded that mileage claims submitted by Mr Blackman are, in […] 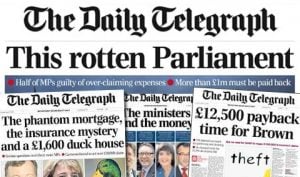 Disgraced former Cabinet minister Chris Huhne is among many former discredited MPs handed a coveted pass granting him access to the parliamentary estate and its heavily subsidised bars and restaurants. The politician dramatically quit as Liberal Democrat MP for Eastleigh two years ago after pleading guilty to perverting the course of justice. He had tried […] 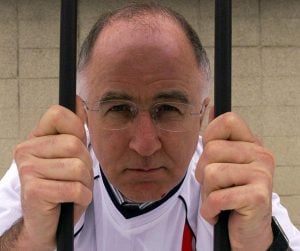 Disgraced former Labour minister Denis MacShane has been sentenced to six months at the Old Bailey after admitting making bogus expense claims amounting to nearly £13,000. The ex-MP previously pleaded guilty to false accounting by filing 19 fake receipts for “research and translation” services. MacShane, 65, used the money to fund a series of trips […]

Newark MP Patrick Mercer has said he is quitting Parliament amid allegations that he broke rules on lobbying. The backbencher said he was resigning the Tory whip immediately “to save my party embarrassment”, and would not stand at the next general election. The move comes ahead of a BBC Panorama programme due to be broadcast […]

Former Cabinet minister Chris Huhne and his ex-wife were both freed from prison today after serving around a quarter of their eight-month sentences for swapping speeding points. Huhne, a former energy secretary and once-aspiring Liberal Democrat leader, left Leyhill Prison in Gloucestershire by the main entrance in the back seat of a silver Honda, making no attempt to avoid […]

MPs have repaid nearly £390,000 in profits judged to have been made on taxpayer-funded homes, says Ipsa, Parliament’s expenses watchdog. The highest amount paid was £81,446 by Conservative David Jones, one of 71 MPs who continued to claim towards mortgage interest payments from 2010 until 2012. They had to repay a share of any capital […]

Letters from former minister Denis MacShane admitting expenses abuses cannot be used to prosecute him because they are protected by Commons rules, it has been revealed. Officials said parliamentary privilege meant the key correspondence was withheld from police when they launched a probe into the MP two years ago. The documents are still not legally […]

“Who else could have attacked four people and got off so lightly?” – Converse Prisoners Newspaper MP Eric Joyce was spared jail today for beating up four politicians while drunk and telling police “You can’t touch me, I’m an MP”. He also called officers “c****” after going berserk and headbutting Tory MP Stuart Andrew and […]