Welcome to the Prison News Desk – the new name for what previously was ConversePrisonNews.com!

On the Prison New Desk you will find not just the latest news but all the previous articles from ConversePrisonNews.com, going right back to 2011, and this is available to our Enhanced and Corporate Members.

An unemployed antiques dealer who was jailed for eight years for handling a stolen copy of a rare first collection of Shakespeare’s plays has died in jail. Raymond Scott, 55, was pronounced dead after being found unconscious in his cell in Northumberland Prison at about 8.40am today. Scott, who had a taste for the high life, was […]

G4S have announced that one of Britain’s largest – and the newest – prisons will be called HMP Oakwood when it opens in Wolverhampton next month. The contract to operate the prison – previously referred to only as ‘Featherstone 2’ –  was awarded to G4S last year by the Ministry of Justice. HMP Oakwood is […]

CONVERSE PRESS RELEASE The National Prisoners Newspaper for England and Wales 10th March 2012, 1400hrs – NO Embargo “Rathband’s Law – Why Exclude Prison Officers” As the Memorial Service got under way for PC David Rathband with a call for donations to his ‘Blue Lamp Foundation’ that seeks to provide help to those injured in […]

“Who else could have attacked four people and got off so lightly?” – Converse Prisoners Newspaper MP Eric Joyce was spared jail today for beating up four politicians while drunk and telling police “You can’t touch me, I’m an MP”. He also called officers “c****” after going berserk and headbutting Tory MP Stuart Andrew and […]

Ali Dizaei says he now faces becoming homeless for being an ‘outsider’. By Paul Peachey, The Independent He calls himself a “radical activist” and compares himself to some of the victims of the most notorious miscarriages of justice of the modern era. He paints himself as an outsider of an “old boy’s network” at Scotland […]

CONVICTED FOR “ONLY THE SECOND MURDER OF ITS KIND”

A jury at Truro Crown Court today convicted Harrison, who was originally jailed for GBH, of murder over the attack in Penzance, Cornwall. Detectives said it was only the second conviction to be achieved after the introduction of the Law Reform (Year and a Day Rule) Act 1996. The Act scrapped the “year and a […] 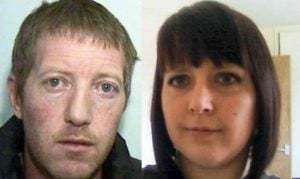 The Government is expected to announce “Clare’s Law” pilot schemes today that will give women the right to ask police about a partner’s history. Home Secretary Theresa May is set to reveal that four areas in England and Wales will trial the changes. It comes after a campaign for a change in the law […]

Noah Smith, 49, was discovered hanged in his cell at 2.45am yesterday – Sunday 4th March 2012. The spokesman said; “Staff attempted resuscitation and paramedics attended, but he was pronounced dead at the scene at approximately 3.30am. “The police, coroner and next of kin have been informed. “As with all deaths in custody the independent […]

Five men were convicted today of charges relating to a riot at an open prison. Trouble flared at Ford open Prison, in Arundel, West Sussex, when inmates became angry over alcohol breath-testing carried out by prison staff in the run-up to New Year’s Day last year. Shortly after midnight, masked inmates torched and smashed up the prison, […]

A former BBC and ITV presenter has been jailed for six years after admitting a string of sexual assaults on teenage girls. Peter Rowell, 53, used his position as a DJ on a local radio station to groom and abuse impressionable young girls. The father-of-one, from Wickwar, South Gloucestershire, pleaded guilty at Bristol Crown Court […]

The policeman who was shot and blinded by crazed gunman Raoul Moat has been found dead at his home in a suspected suicide. The body of Pc David Rathband was discovered in Blyth, Northumberland, on Wednesday night after officers received a report of concern for his welfare. A Northumbria Police spokesman said no-one was being […]

‘MAVERICK’ PRISON GOVERNOR TELLS PROBATION STAFF “GET OUT OF MY JAIL!”

A prison governor has ordered all probation staff off the premises after the local probation trust teamed up with a private security firm to try to take over the running of his jail. Bob Mullen, the governor of Lindholme prison, told South Yorkshire Probation Trust that he was excluding all its staff to protect the […]