FATHER CALLS FOR “CLARE’S LAW” – BUT IS IT FAIR?

The father of a murder victim has handed in a petition at Number 10 demanding a change in the law to help protect women from domestic abuse – but Converse, the national prisoners newspaper commented that it was too one-sided. Michael Brown, from Batley, West Yorkshire travelled to Downing Street as part of a campaign […]

Britain’s most dangerous Islamic terrorists are exploiting a security loophole to spread their message of hate from behind bars Not only have they been able to radicalise fellow inmates, they have also appealed to a new generation of supporters around the world. Dozens of unrepentant extremists have been exposed as glorying in their fanaticism and […]

TWO YOUTH DEATHS IN CUSTODY IN LESS THAN A WEEK

KNOX HAS EVERY RIGHT TO EARN MONEY FROM HER JAIL EXPERIENCES

Amanda Knox, the American cleared on appeal of the murder of Leeds University student Meredith Kercher in Italy, has signed a book deal to “share the truth about her terrifying ordeal” – and she every right to do says Mark Leech, Editor of the national prisoners’ newspaper Converse Publishing giant HarperCollins has acquired world rights to a […]

EDITORIAL: HAVE OUR DRUGS POLICIES GONE TO POT?

Recent Home Office research reveals that well over half of all recorded crime is drugs related and that a small number of people on drugs can be responsible for a massive amount of crime. 664 addicts surveyed over a three month period were found to be responsible for over 70,000 offences. So what should we […]

OVER A HUNDRED SEX OFFENDERS ‘MISSING’

Sexual abuse victims’ groups have said it is “vitally important” police inform the public if sex offenders escape their watch, after it emerged the country’s largest force has lost track of more than 100 registered criminals. The Metropolitan Police admitted 123 sex offenders they are meant to be monitoring have failed to keep them informed […]

Jailed Metropolitan Police Commander Ali Dizaei is eligible to apply for almost immediate release on Home Detention Curfew (HDC), according to Converse, the national prisoners newspaper for England and Wales. HDC allows anyone serving less than four years, for offences which do not involve drugs, sex, violence or terrorism, to be released extra-early with an […]

Prisoners Get Compensation for Dental Pain

Prisoners at the UK’s largest maximum security jail have been given thousands of pounds in compensation over claims of poor dental care. The 24 inmates at Wakefield Prison settled out of court with the NHS and were given a total of £47,000. They were also awarded more than £300,000 in legal fees. Wakefield District NHS […] 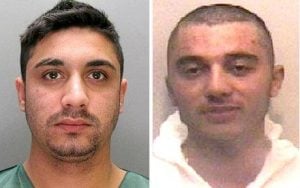 Justice minister Nick Herbert today called for magistrates’ courts to be opened during the night and at weekends. The Conservative MP said the efficiency shown by the courts in dealing with defendants charged over the August riots highlighted the benefits of extended opening hours. He told The Sunday Times: “We need to learn from the […]