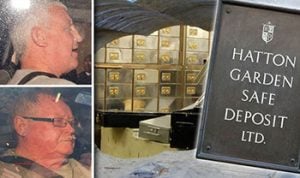 A member of the Hatton Garden jewellery raid gang has lost a challenge against an order that he must pay back more than £6.6 million. Brian “the Guv’nor” Reader, now aged 79, of Dartford, Kent, failed to persuade three judges at the Court of Appeal in London on Tuesday that a confiscation order against him […]