In October 2019 HM Inspectorate of Probation (HMIProb) issued a thematic inspection of Youth Resettlement Work in the Community  which concluded children leaving custody were being ‘set up to fail’ through lack of support. HMIProb have now issued a robust Action Plan to address these failings. Background: In the Thematic Review HM Inspectorate of […]

Probation officers with a lack of “professional curiosity” who take the word of dangerous criminals at “face value” could be missing warning signs they are failing to reform, according to inspectors. A watchdog has warned that some staff at the National Probation Service (NPS) – which supervises around 105,000 high-risk offenders – are not properly […]

Justin Russell announced as candidate for next Chief Inspector of Probation 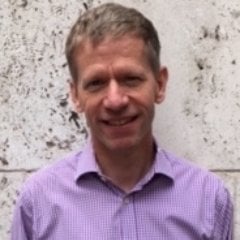 The Secretary of State for Justice, Rt Hon. David Gauke MP, confirmed today that his candidate to be the next Chief Inspector of Probation is Justin Russell – currently Director General responsible for No Deal EU exit planning at the Ministry of Justice. Justin has been selected following a rigorous assessment process conducted in accordance […]