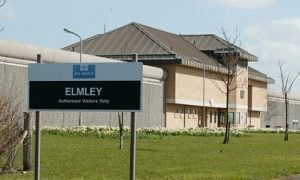 HMP Elmley, a large men’s prison on the Isle of Sheppey in Kent, was found to have become less safe over the last four years and was assessed by inspectors as not sufficiently good across all aspects of prison life. However, Peter Clarke, HM Chief Inspector of Prisons, said Elmley was “not without hope” as […]

HMP ELMLEY – Safer & More Stable But More To Do

HMP Elmley was a safer and more stable prison, but had further improvements to make, said Martin Lomas, Deputy Chief Inspector of Prisons. Today he published the report of an announced inspection of the local jail on the Isle of Sheppey in Kent. HMP Elmley held 1,160 adult men at the time of its inspection. […]