A woman serving a life sentence for stabbing her ex-partner to death is to appeal against her murder conviction.

A woman serving a life sentence for stabbing her ex-partner to death is to appeal against her murder conviction. Farieissia Martin stabbed Kyle Farrell, 21, during a row at her home in Charlecote Street, Dingle, Liverpool, in November 2014. The mother-of-two was jailed for at least 13 years after being found guilty of murder at […]

A man in his 50s has been arrested at Cloverhill Prison in Dublin on suspicion of murder. It follows the launch of a murder investigation after a man, who was in his 30s, died in the jail. Gardaí (Irish police) and emergency services were called shortly after midnight on Saturday following an altercation between two prisoners. The […]

Three men who have spent 36 years in prison have been cleared of the killing of a teenager after a review of their case. Alfred Chestnut, Ransom Watkins and Andrew Stewart were released from custody in Maryland, in the US, hours after a judge quashed their convictions and prosecutors dropped the charges. They were teenagers when they […]

A man with a history of psychosis did not see a mental health nurse before being released from police custody and went on to kill three pensioners, a court heard. Alexander Lewis-Ranwell, 28, had been arrested and released twice before he battered Anthony Payne, 80, with a hammer and bludgeoned 84-year-old twins Dick and Roger Carter to […]

A youth worker murdered a convicted sex offender in an act of “revenge or retribution”, police believe

A youth worker murdered a convicted sex offender in an act of “revenge or retribution”, police believe, following an inquest into a double homicide in December 2017. Nathaniel Henry, 37, allegedly strangled and dismembered Noel Brown, 69, and then killed his daughter, Maria Brown, 41, when she arrived to check on her father. The bodies […]

A jewel thief has made legal history after being found guilty of murdering two pensioners 20 years ago in the first double jeopardy case of its kind.

A jewel thief has made legal history after being found guilty of murdering two pensioners 20 years ago in the first double jeopardy case of its kind. Michael Weir, 52, beat up war veteran Leonard Harris, 78, and mother-of-three Rose Seferian, 83, during burglaries in 1998, the Old Bailey was told. Retired cabbie Mr Harris’s […] 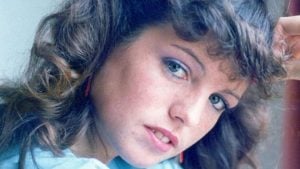 Read our Comment Piece: Helen’s Law: What Happens When Juries Believe A Liar? The mother of murdered Helen McCourt said she is “elated” laws are to finally change so killers are denied parole if they refuse to reveal where they hid their victim’s body. Marie McCourt has begged murderer Ian Simms to tell her the whereabouts of her daughter’s […] 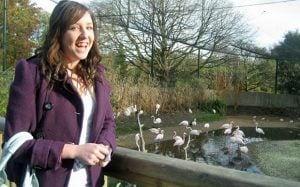 The Prisons Handbook 2015 – out now  /  Home Page  /  Converse Prison Newspaper   A young woman fell to her knees sobbing as she was cleared by a jury of murdering her friend’s violent boyfriend after a retrial ordered by the Court of Appeal. Stacey Hyde was originally convicted at Bristol Crown Court in 2010 […]