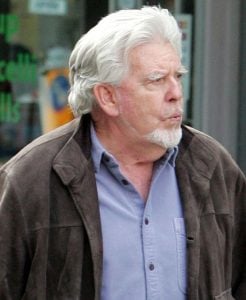 Rolf Harris has been stripped of his Australian honours following his conviction for sexually assaulting four British girls. The disgraced television star, artist and songwriter was found guilty last year of indecently assaulting the girls, who included the childhood best friend of his daughter Bindi, between 1969 and 1986. The decision to take back his […]

Disgraced entertainer Rolf Harris has applied for permission to appeal against his convictions for a string of indecent assaults. A spokesman for the Judicial Office confirmed that lawyers for the 84-year-old had lodged papers at the Court of Appeal this week. The artist and musician was convicted of 12 indecent assaults on June 30 at […]

Surge in sex offenders in jail

A surge in the number of convicted sex offenders behind bars has forced the Government to rethink its response to the problem. Most recent statistics show that as of March 31 there were 11,150 sentenced sex offenders in custody – a rise of 652 over 12 months, compared with an increase of 152 in the […]

Veteran entertainer Rolf Harris saw his decades in the spotlight end in disgrace today as he was found guilty of a string of indecent assaults. The 84-year-old, once a much-loved artist and musician, was unanimously convicted at Southwark Crown Court of 12 sex charges involving four women, most while they were underage. His army of […]

Rolf Harris will be prosecuted over three further allegations of indecent assault, the Crown Prosecution Service said. A CPS spokesman said: “The three counts will be prosecuted in addition to the 13 alleged sexual offences with which Mr Harris was charged on 29 August 2013. “The alleged offences relate to one existing complainant and two […]