Supreme Court to decide if the Parole Board is a Court

The Supreme Court has ruled that a prisoner who on his release from prison was issued with a “notice of restriction”, which stated that he was liable to be detained under the Immigration Act 1971, but that he would not be detained but instead would have restrictions imposed upon him under paragraph 2(5) of schedule […]

The Home Office has lost a legal bid to overturn a court ruling which found it had detained asylum seekers unlawfully. The judgment may pave the way for a wave of damages claims, lawyers said, as it could potentially affect thousands of people held in immigration detention centres between January 1 2014 and March 15 […]

Constitutional change and tweaks to the Human Rights Act are the biggest justice takeaways from the 2019 Conservative manifesto.

Constitutional change and tweaks to the Human Rights Act are the biggest justice takeaways from the 2019 Conservative manifesto. The Law Society Gazette reports that the party talked about looking again at the relationship between the executive and judiciary and the issue of access to justice for ordinary people. But the manifesto says  nothing about […]

Two brothers who claim they suffered harassment and abuse from neighbours have lost a landmark Supreme Court bid for compensation from their local council – but the Court reinstated the potential for children and young people to bring negligence claims against local authorities who have failed to protect them from harm. The pair, identified only […] 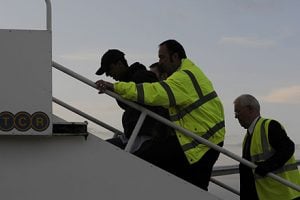 Foreign convicts are asking seven Supreme Court justices to block their deportation on human rights grounds. The two men, referred to as HA and ZM, are an Iraqi national convicted of drugs offences and a Tunisian jailed for grievous bodily harm and weapon possession who say that removing them from the UK would be incompatible […]