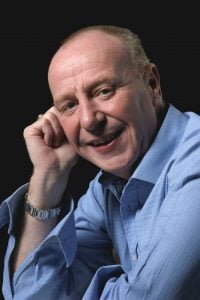 In a nutshell, the above headline says it all.

In demanding that our prisons reduce crime we are asking them to deliver the impossible – to assert control and take responsibility for events over which they have no influence at all – the thoughts and actions of others.

Let me make just two points; the first demonstrates the evidence, the second proves that I am not alone in my belief as Sir Martin Narey, the former Director General of HM Prison Service, made clear in his Bombshell speech yesterday too.

First of all, The Prison Oracle Facts and Figures page carries all the official Ministry of Justice proven reoffending rates from January 2009 to June 2017 – the 2017 figures are the latest available figures published in July 2019; and the awful truth is there for everyone to see.

A decade ago the official Proven Re-offending Statistics Quarterly Bulletin for April 2009 to March 2010, showed that in that three month period 26.3% of those who left prison has already reoffended (Table 1.1).

A decade on, and millions of pounds later, the official Proven Reoffending Statistics Quarterly Bulletin for April 2017 to June 2017 shows proven reoffending was 29.8% for the latest three month period.

The reality is that reoffending has gone up, not down, and whether you build more prisons, more hospitals, or both, the reality is those who work within them are powerless to change anything done by those outside them.

The statistics show all our efforts to reduce the reoffending figures, and countless millions spent trying, have all been in vain – because reoffending has gone up, not down.

Some of the rehabilitation courses the Ministry of Justice has invested in have failed spectacularly – in 2017 the main sex offender treatment programme had to be scrapped completely when a review discovered it increased reoffending rather than reduced it.

But what does this actually mean – when you translate the statistical figures into real life, when you strip away the superscripted footnotes, qualifications, reservations and the hedging of bets – what does it actually mean?

In a speech to the House of Commons on 3rd October 2019 Bob Neill MP, the highly respected Chairman of the Justice Select Committee revealed [paragraph 4] that the cost of reoffending to the taxpayer was a staggering £18.1 billion a year.

In January 2019 Stephen Hammond MP, a Minister of State at the Department of Health and Social Care, revealed the current cost of some common surgical procedures.

Before you jump down my throat and say these figures aren’t strictly comparable, I get that – but the fact is that as a result of reoffending there is £18.1 billion less in the public pot than there would have been had we done things differently – money that could have been spent elsewhere.

That is the price of failure.

And in this belief, I am not alone

Yesterday, 7,000 miles from the Ministry of Justice in London, in Buenos Aires to be precise, at the 2019 Annual Conference of the International Corrections and Prisons Association (ICPA) Sir Martin Narey, Director General of HM Prison Service from 1998 to 2005, delivered a bombshell speech entitled ‘Forget Rehabilitation. The Real and Moral Challenge is to Make Imprisonment Humane.’ – a speech you can read in full here.

Now, while you’re entitled to think I don’t know what I am talking about, you’re going to have a hard job convincing the man who ran the entire Prison Service for seven years, who was entrusted with its billion-pound budget, that he’s talking out of his backside too.

In 2005 the year that Sir Martin Narey retired, the Prison Service Annual Report made much of the fact that it had that year met a Key Performance Target of delivering 6,590 accredited offending behaviour programme completions [page 14]. Indeed, it not only met the target but exceeded it by ‘delivering’ over a thousand more offending behaviour courses than it had said it would do a year before.

Commendable – but when the offending behaviour course completions, whose raison d’être is to reduce crime, are viewed against the reconviction rates that showed an increase in reoffending it is obvious that such tick-box targets are utterly meaningless in real life.

Look at it this way.

The chances of reducing crime by taking someone out of a high-crime, inner-city housing estate, with its school exclusions, poor parenting, unemployment and lack of opportunities, which has gun, knife, drug, gang and alcohol cultures embedded into its very DNA and tossing them into our old, decrepit Dickensian prisons, which are vermin-infested, awash with drugs and violence and expecting a six week course to change anything when, at the end of their sentence, you toss them straight back into the same utterly toxic environment you took them out of then, I’m sorry, but Nelson stands more chance of getting his arm back.

The solution is a simple one.

Forget rehabilitation as a Prison Service mission; for the most part it’s for the birds.

We’ve lost our focus – prisons can’t rehabilitate, only individuals can do that.

I did it – and not because of prison, but like so many who have reformed themselves, largely despite it.

After 12 years spent in 61 prisons, on roof-tops, in segregation units and solitary confinement, where I was abused by prison staff and I in turn abused them right back again, where they took me to the ultimate in their disciplinary punishments and I still remained utterly defiant, it was then, after all that, I landed at the 62nd and last prison of my sentence; Grendon Underwood.

It was there, where I was treated not as a piece of human detritus but instead as a human being, where I met justice, fairness and respect. It was there where my abusive behaviour, warped thinking and polarised view of the world was constantly challenged and eventually changed. It was there where I was forced to confront not prison staff but instead to confront myself, in what was a two year painfully searching self-scrutiny that changed my life and, 25 years after I left prison, I have never been back again.

But I did that, not prison.

Grendon after all was a prison, it wasn’t Hogwarts, staff carried batons, not magic wands.

The challenge was mine, but Grendon provided the environment that allowed me to rise to it.

Prison had no control over my decisions after I left; the choices I made and the consequences that followed were mine, and mine alone.

Grendon worked because with a regime of fairness, justice and respect, the staff were always in control; and that is what we must return to.

The primary function of prison is not rehabilitation, it’s security.

It is to hold those sent by the courts in decent, safe, humane conditions until it is time to let them out again. Where justice and fairness are the order of the day, where staff are in control and where, to quote a sign I once saw in a prison reception: ‘In God We Trust – everyone else gets searched’.

Solving the problems of high crime areas, defeating gangs, tackling drugs, reducing knife crime, are not issues the prison service can resolve – and it’s bewildering that despite decades of statistical evidence to the contrary we continue to impose this duty on those who are powerless to change it – and then say they’ve failed when they have been set up to fail with an impossible mission in the first place.

Instead we need to invest our £50 million a week into making our prisons places of safety, where they are secure, decent and humane.

Places where every single prison in the maximum, high and medium security estate has airport style scanners, where drugs and weapons are detected, and where prison officers can go home at night in exactly the same physical and mental condition that they arrived for work in the morning.

Where vermin infested Dickensian conditions are outlawed – we as a society have no more right to expect prisoners to live in such conditions than we have the right to ask and expect prison officers to work in them.

The Prison Governors Association has assessed the backlog of maintenance tasks runs to some £900m, yet we have earmarked just £150m to tackle it; either we are serious about reforming our prisons into places of safety, decency and respect – or we continue to tolerate an environment where we have no right to expect people to work or live – and the where the £18.1 billion a year reoffending bill will simply continue to increase, creating new innocent victims of crime each and every day.

These are issues that we as a society must address, priorities for Government to implement and where the buck for its failure rests with each and every one of us.

What we cannot do is continue down a road we have already travelled for too long, where the evidence is clear that reducing crime is not the function of our prisons but a responsibility society itself must shoulder.

Indeed, asking Prisons to Reduce Crime is like asking A&E Departments to Reduce Road Accidents; then blaming doctors when cars continue to crash.

The time has come for a Public Inquiry into our prisons, one that defines its focus, makes clear its mission, and which guarantees it the resources needed to deliver it.

Mark Leech FRSA, is the Editor of The Prison Oracle and The Prisons Handbook for England and Wales