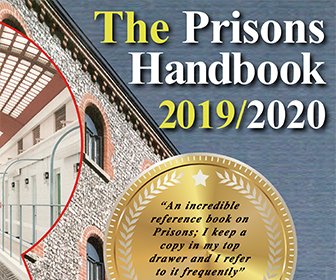 Over 1,200 Annual Reports of Independent Monitoring Boards (IMBs) going back to 2010

Thinking of joining an IMB – then note the following; it may not be what you may have been given to believe.

IMBs are appointed by the Justice Secretary to every Prison and Young Offender Institution in the country – and Immigration Removal Centres too.

They are lay people who, according to official Ministry of Justice figures issued 1st November 2019, have a total complement of 2,042 Members – but as of 1st November 2019 IMB Members were leaving in droves with over 600 vacancies leaving just 1424 in post.

Some Boards are crippled and trying to operate at just 25% of their profiled numbers; some have described it ‘a thankless unpaid job’, some IMB Board Chairs have resigned and written books about their dreadful experiences

The Ministry of Justice refuse to name any IMB Member publicly, which does nothing for their alleged ‘independence’ – so they exist in secret, doing a thankless job, at a cost to the taxpayer in terms of expenses of over £1.6million a year.

Boards are required by Prison Rule 80(2) to deliver an Annual Report and this Database contains over 1,200 of those reports – going back to 2010 and it’s updated immediately a new Report is published; the 2020 link on the right let’s you go straight to all the IMB Reports published so far in 2020.

But some Boards, so depleted of numbers haven’t published an Annual Report since 2016 (HMP Doncaster for example) – in breach of their legal statutory duty – in theory they fulfil a vital supervisory role within our prisons, but in reality they are viewed with suspicion by both staff and prisoners and are highly regarded only by themselves – or what are left of them.

Unlike other statutory independent bodies associated with our prison system IMBs do NOT conduct stakeholder surveys of prisoners or staff (such as the Prisons Inspectorate do when they visit) when compiling their Annual Reports.

As such all IMB Annual Reports need to be viewed with caution.

They are no more than the subjective impression of a group of unnamed people, selected and appointed by the Justice Secretary to ‘independently’ monitor the places of detention for which the Justice Secretary is himself responsible; he doesn’t quite get to mark his own homework, but he does get to select every single one of the ‘teachers’ who do so.

Therefore the vast majority of IMB Annual Reports need to be read with caution.

They may or may not represent the reality of life inside the establishment from the perspective of those who actually live and work within it.

What’s more, the evidence over many years is that IMB Annual Reports, however reliable or otherwise their content, can take a year or more to be published after the end of the reporting period and so in reality many are of little more than historical value when they do appear.

You can read a critique of the IMB System here.