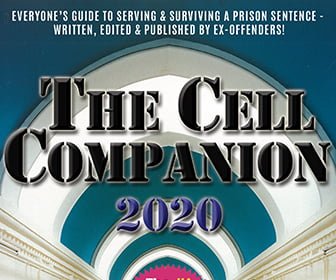 Our Memberships
About The Prison Oracle
Advertise in our National Publications 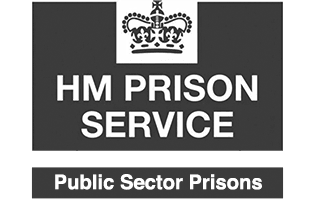 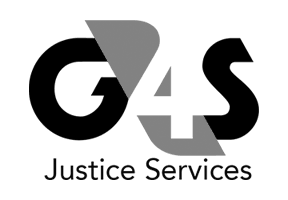 The Prison Oracle:   ‘An Excellent Site’ 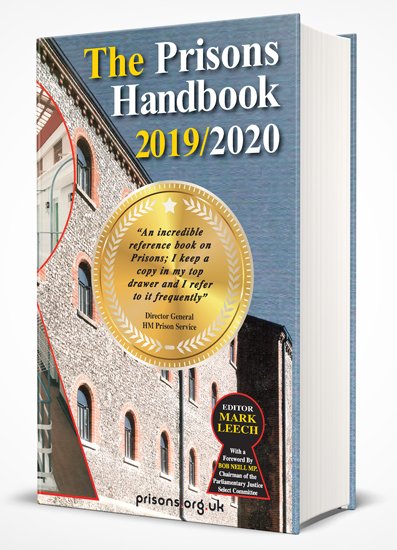 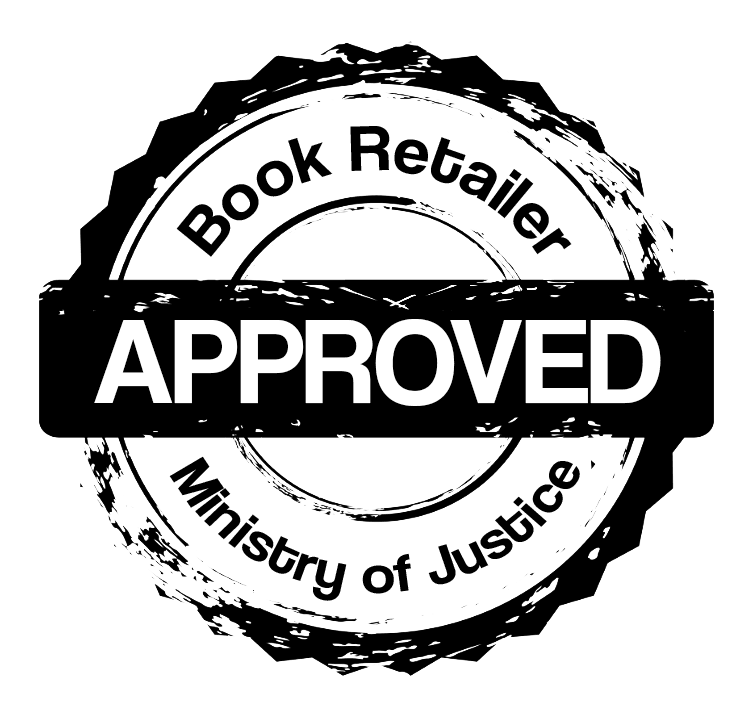 At 1,600 pages The Prisons Handbook 2019 is our largest and most comprehensive edition ever and, for the first time, it’s now fully updateable online too!

Dedicated to Michael Spurr who, after more than 35 years in HM Prison Service retired as its Chief Executive in April 2019: “A courageous, inspiring leader who chiselled the decency agenda into Prison Service bedrock.”

With a foreword by Bob Neill MP, criminal barrister, former Parliamentary Under Secretary of State and since 2015 the skillfully and persistently inquisitive Chairman of the hugely respected Parliamentary Justice Select Committee.

“An incredible reference book on Prisons; I keep a copy in my top drawer and I refer to it frequently” Director General, HM Prison Service.

The Prison Oracle:
I’m impressed at how comprehensive it is.
An excellent collection of Data and Information, I’m impressed at how comprehensive it is. A bonus is access to Reports like Woolf, Woodcock, May, Learmont and others before the Internet and difficult to otherwise access. The data is user-friendly, useful for research and easy to use with access to data on the Prison Population, Safety in Custody, and Workforce Statistics easier to access and use than on the Government’s own website. A very helpful, comprehensive, user friendly source of information on prison issues.

The Prison Oracle:
‘The’ Go-To Place for Everything Prison Related.
The sheer depth of available information, coupled with a simple user interface, makes The Prison Oracle ‘the’ go-to place for everything that is in any way prison related. There’s a vast array of publications, alongside historic reports that you simply can’t find anywhere else online.
Having such a wealth of data at your fingertips, without the need to trawl the internet for hours, is exactly why I subscribed. The Prison Oracle is a tangible learning resource for anyone with an interest in the justice section; I urge you to take a look for yourself.

The Prison Oracle:
An excellent collection of information, data and reports
The Prison Oracle, with everything about prisons all in one place, has long been needed and I’m delighted it’s finally arrived – I ‘ve subscribed and it’s such an excellent collection of information, data and reports for practitioners, justice professionals or anyone with an interest in justice issues or reform, I’ve no hesitation in recommending The Prison Oracle to all my Correctional Services colleagues. An added advantage is the simple access to reports that shaped the modern Prison Service – Woodcock, Woolf, Learmont, May, Carter, and Corston. 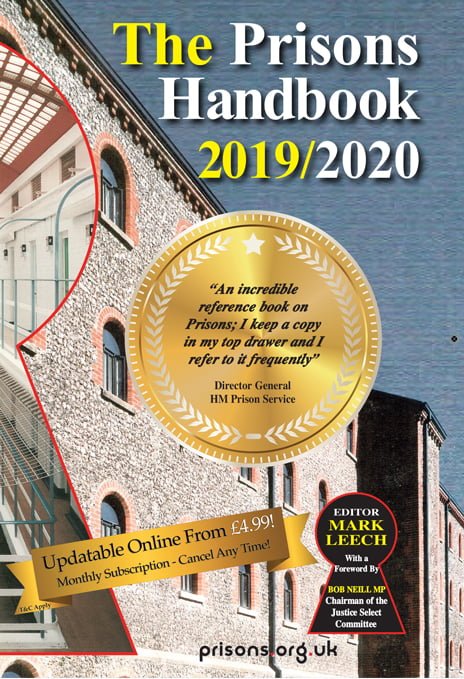 21st ANNUAL EDITION: The Prisons Handbook has always won outstanding reviews for its sheer scale and dependability. At 1,600 pages the 21st annual edition is our largest and most comprehensive edition ever and, for the first time, it’s now fully updateable online too!

“An incredible reference book on Prisons; I keep a copy in my top drawer and I refer to it frequently”
Director General, HM Prison Service. 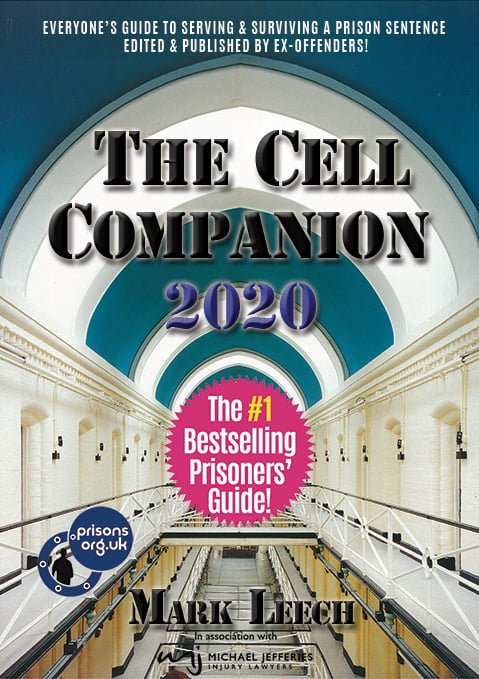 THIRD EDITION: Written, edited and published by reformed offenders this is not an academic reference book but a highly practical guide to serving & surviving a prison sentence in England and Wales by those who have been there. It covers legal rights, housing, family, healthcare, personal injury, vulnerable prisoners, and difficult issues too – like sex in prison, self-harm, avoiding gangs, extremism, the dangers of debt, bullying and the fatal dangers of ‘legal highs’.
“This excellent book should be on every bed, in every pad, in every jail in the country” – Paul Ferris: ‘The Wee Man’ 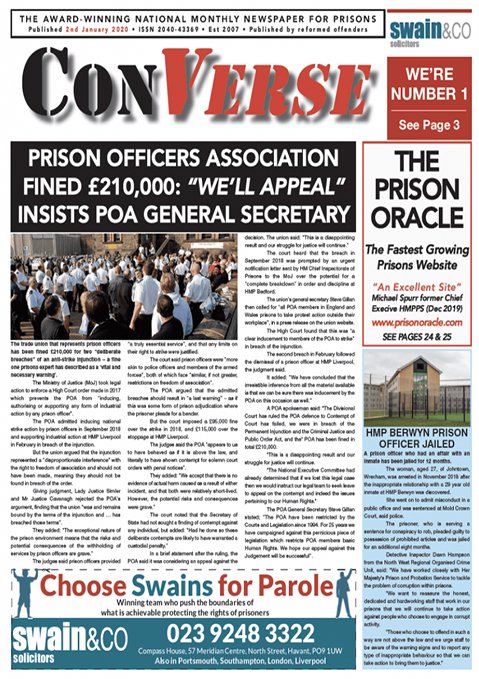 Now in our 13th year, Converse is the largest circulation national monthly prisons newspaper for England and Wales – with 32 packed pages, and delivered to prisons in England and Wales every month, it is the only prisoners’ newspaper that is 100% written, edited and published by reformed offenders, speaking the offenders language, understanding their issues and inspiring them to leave crime behind!

THIRD EDITION (15 November 2019): Prison Law Index is the definitive A-Z index to prison law cases and materials in England and Wales – now in its third edition and brilliantly updated by prison law barristers Stephen Knight, Sophie Walker and Angelina Nicolau of 1 Pump Court Chambers, Temple, London..
“This is a remarkable and much needed book which should prove invaluable to prisoners and legal practitioners alike.”
Edward Fitzgerald QC.

“I’ve spent considerable time this afternoon perusing the extensive content and found it to be an incredibly useful source. What I like best about it, is the idea that the information is there at your fingertips, without the need to trawl through page after page of internet content. The site is user friendly and easy to navigate. I also think it would lend itself well to an app for even more ease of use. The back catalogue of Converse was another nice surprise as skimming through past editions reminds me of fast-paced developments within the prison estate, some of which have completely slipped my mind. Overall, for anyone interested in prisons, this is most certainly a valuable and convenient source.”
Jo Prescott, Lecturer in Criminology & PhD candidate (@Joprescott8)

‘The Go-To Place for everything prison-related’
MD: Census Life

‘I can now download all the things I need in minutes’
Maureen J: Prison Librarian

‘Excellent, every IMB Member should subscribe to this’
Paul J: Independent Monitoring Board Member

‘The best £2.50 a week I’ve ever spent’
Jeanne McC: mother of a Young Offender

‘This is fantastic, I’ve just signed up and it’s so useful – thank you!’
Tammy Banks (Linkedin)

Books You Can Judge By The Cover! 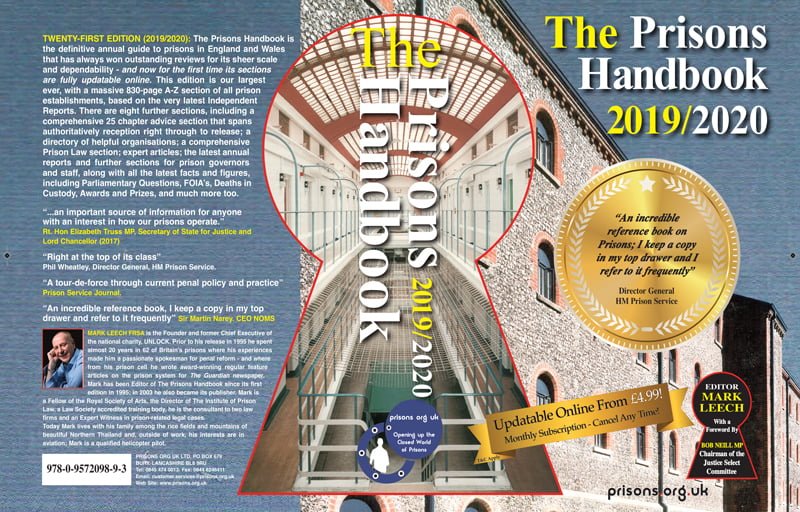 “An incredible reference book on Prisons; I keep a copy in my top drawer and I refer to it frequently” Director General, HM Prison Service. At 1,600 Pages its our biggest edition ever and, for the first time, now fully updateable online! PUBLISHED AUGUST 2019 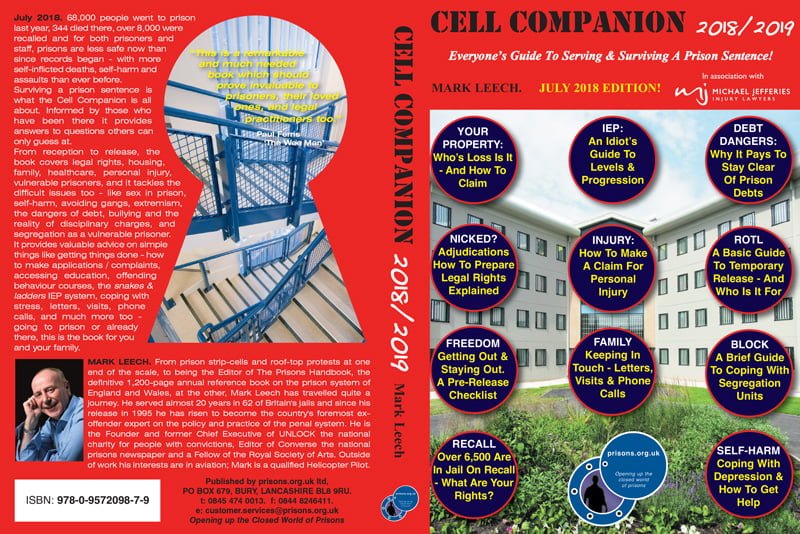 “My son has been in prison for three years, yet it was only after buying the Cell Companion that I now really understand his rights and mine too – thank you so much for a wonderful publication” Mrs SW, Colchester (2019) 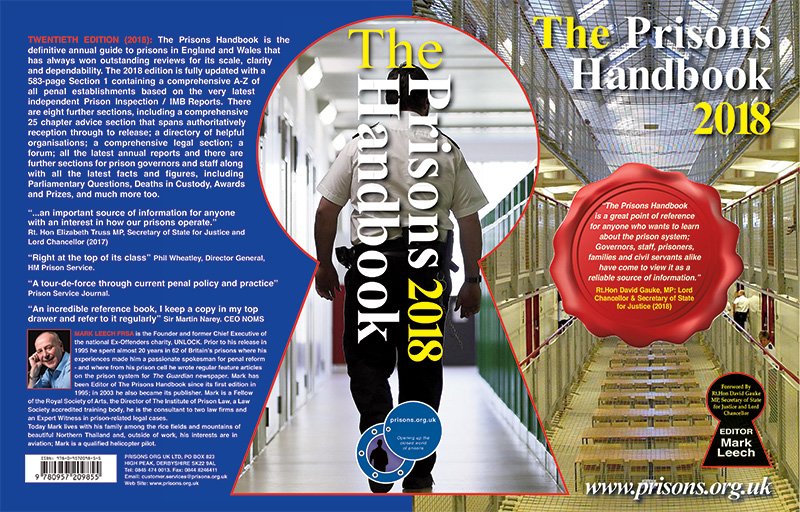 “A great point of reference for anyone who wants to learn about the prison system; Governors, staff, prisoners, families and civil servants alike have come to view it as a reliable source of information.” Rt.Hon David Gauke, MP: Secretary of State for Justice (2019) 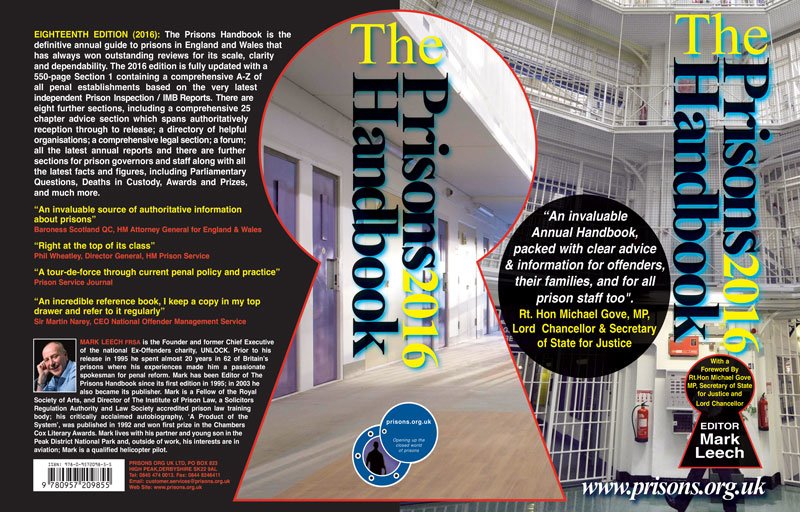 “An invaluable Annual Handbook, packed with clear advice & information for offenders, their families, and for all prison staff too” Rt. Hon Michael Gove, MP, Lord Chancellor & Secretary of State for Justice (2016) 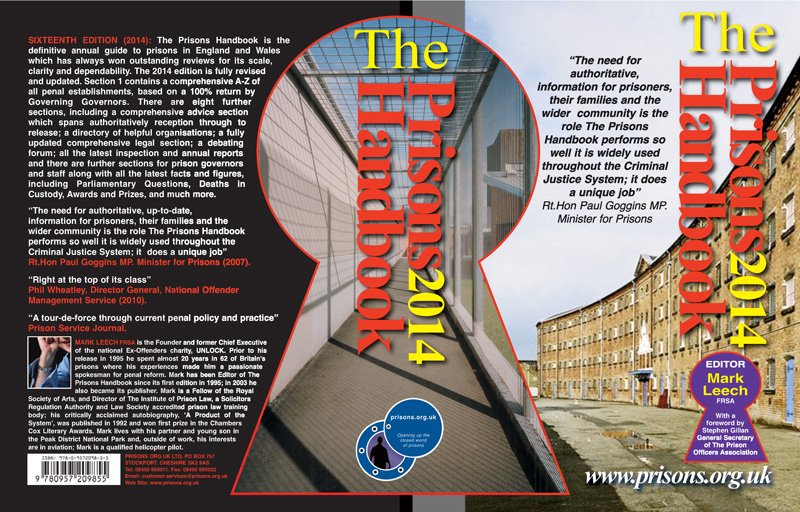 “The need for authoritative information about prisons is the role The Prisons Handbook performs so well it is widely used throughout the Criminal Justice System; it does a unique job” Paul Goggins MP. Prisons Minister 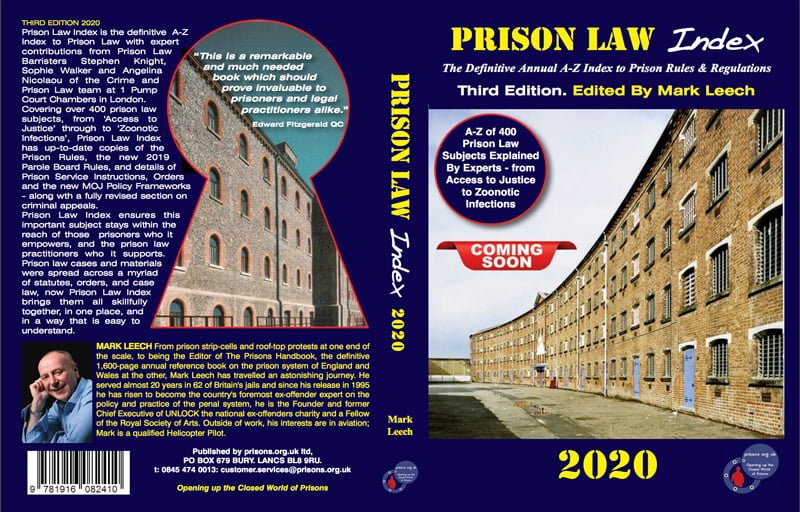 Prison Law Index is the definitive A-Z index to prison law cases and materials in England and Wales – now in its third edition. Over 400 subjects covered in an easy to use A-Z index – find the subject matter you want and there in one place you will find the relevant caselaw and materials. 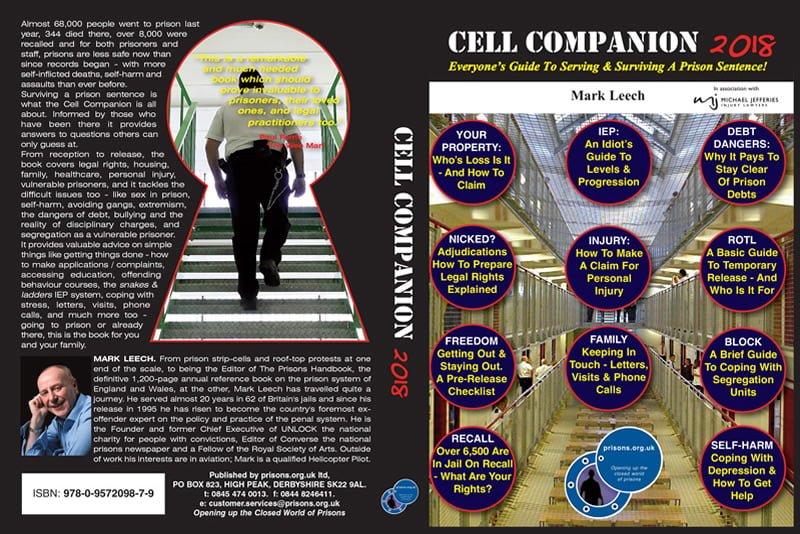 “This excellent book should be on every bed, in every pad, in every jail in the country” – Paul Ferris: ‘The Wee Man’ (Movie 2018) 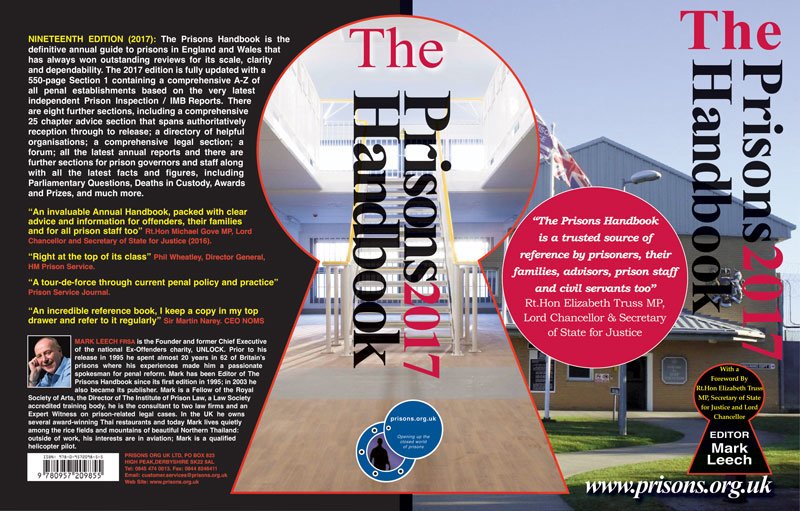 “The Prisons Handbook is a trusted source of reference by prisoners, their families, advisors, prison staff and civil servants too” Rt.Hon Elizabeth Truss MP, Lord Chancellor & Secretary of State for Justice 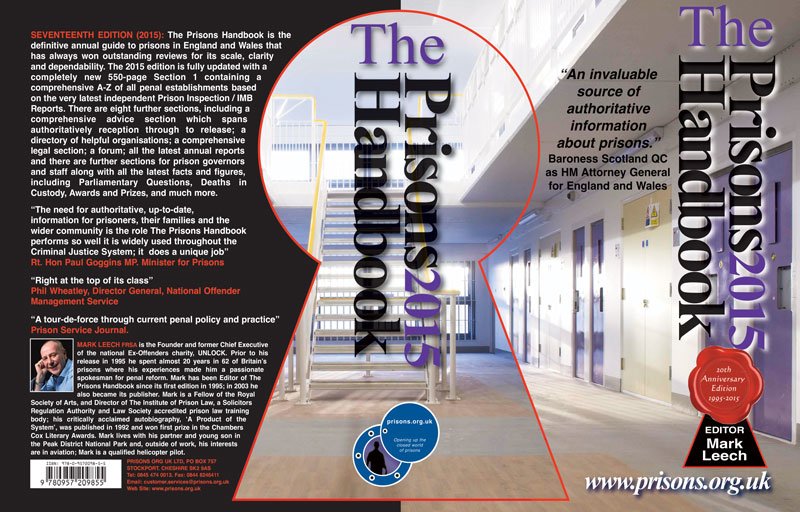 “The Prisons Handbook is an invaluable source of authoritative information about prisons”  Baroness Scotland QC,
HM Attorney General for England and Wales (2016)

Mark Leech was taken into ‘Care’ at the age of 8 and like many Care-leavers later became involved in crime serving 14 years in a prison career characterised by roof-top protests and over 40 successful legal battles that changed British prison law. Mark was released from prison in March 1995 and has risen to become the country’s foremost ex-offender expert on the policy and practice of the penal system.

He is the Managing Editor of The Prisons Handbook, the definitive 1,600 page annual reference book on the penal system of England and Wales, he is the founder and former Chief Executive of the award-winning national charity for people with convictions UNLOCK, and the Editor of Converse; the largest circulation national monthly prisons newspaper – edited and published 100% by reformed offenders.

Mark is the Director of The Institute of Prison Law, whose acclaimed Certificate of Competency in Prison Law has been studied by thousands of lawyers, prison staff and prisoners too. He is a Fellow of the Royal Society of Arts, a member of the National Union of Journalists and today he lives with his partner and two children among the beautiful mountains of Northern Thailand. Outside of work his interests are in aviation – Mark is a qualified helicopter pilot.
website

Everything In One Place

The One Stop Shop For Everything ‘Prison’

Its all here, in one place, authoritative and from the publisher that experts trust. 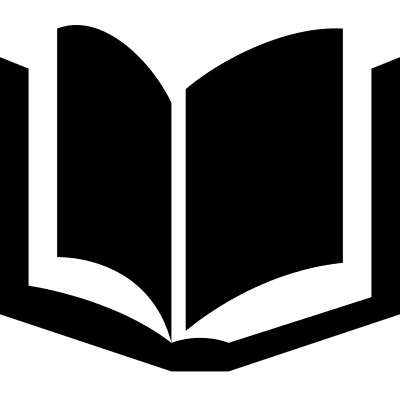 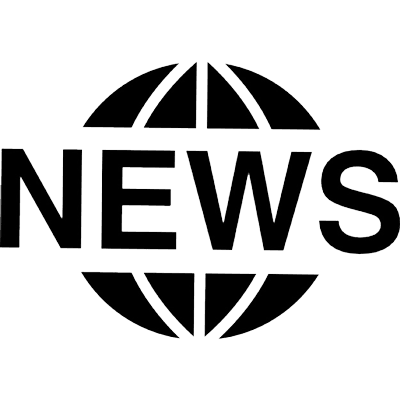 As an accredited news outlet we receive embargoed advance notice of new items before they are made public, which means you get them as soon as the embargo has passed – we also monitor all the breaking news on prisons too! 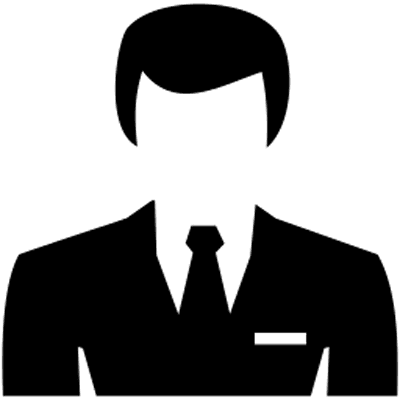 With 25 years experience we are experts on the practice and policies of prisons – our expert analysis will help you understand what new policies mean and how they fit in with current strategies. 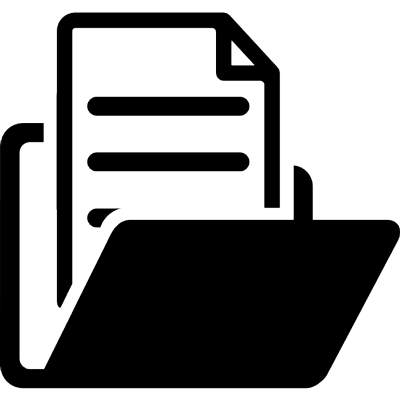 Our database holds thousands of records from prison inspectorate reports, to freedom of information act requests and fatal incident reports from the prisons ombudsman.

Breaking News as it happens

As accredited journalists, with access to all the major prisons and justice news outlets, you get the breaking news you need as it happens

Opening up the Closed World of Prisons

Trusted by thousands with a personal and professional interest in prisons for almost 25 years!

The Prisons Handbook
“Much more than a book about prisons, this is a tour-de-force through current penal policy
and practice.”
Prison Service Journal

Converse Newspaper
“The best national monthly prisons newspaper by a mile, the only one edited and published by reformed offenders –
their experience shines through.”
Paul Ferris, ex-offender
(“The Wee Man” Movie)