Why Terrorists should be held in Military not Civilian Prisons 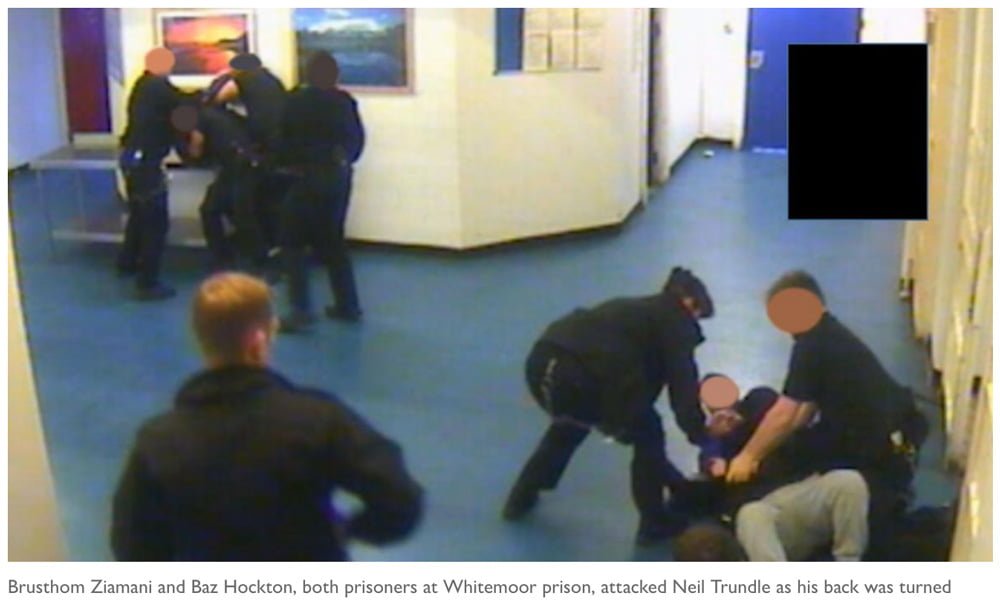 A fortnight ago two Category A prisoners convicted of the attempted murder of a prison officer at HMP Whitemoor, were sentenced to life.

Brusthom Ziamani, 25, and Baz Hockton, 26, stabbed “kind and helpful” Neil Trundle at HMP Whitemoor, Cambridgeshire, on 9 January this year. Ziamani, already serving 22 years for a plot to behead a British soldier in London received a further 21 years while Hockton, who has no previous terrorist-related convictions and was radicalised in prison, was told he must serve a minimum tariff of 23 years.

In light of the Whitemoor attack yesterday, on linkedin, I had a debate with a prison officer, just a security SO, who sought to criticise the views of others on how we should manage those convicted of Terrorism Act (Tact) offences; former Governing Governors told the SO straight from the off he was talking total rubbish but he rambled on nonetheless.

When I confronted the officer, explaining my approach and asking how he would manage Tact offenders, the line to his brain suddenly went dead and the conversation was cerebrally disconnected.

He did not seem to grasp that these are serious issues.

Quite part from all those murdered and maimed on 7/7 and 21/7, and soldiers like Lee Rigby publicly beheaded on a London street, we have had hundreds of children and teenagers blown up, maimed and killed in the Manchester Arena attack, dozens mowed down injured and killed on Westminster and London Bridges, muslims leaving the Finsbury Park Mosque mowed down by a crazed white man in a van, and we have had police officers like Keith Palmer guarding Parliament stabbed to death and innocent shoppers on Streatham High Street knifed both by former Tact offenders released from prison.

The Whitemoor attack on Prison Officer Neil Trundle, where he came within an inch of his life, revealed that we have convicted Tact offenders roaming free inside our High Security prisons – prisons providing the highest possible levels of security our prison system has to offer – where the evidence showed they nevertheless were able to acquire lethal weapons and manufacture genuine looking suicide vests, and all done right under the noses of some of the most highly trained prison staff our system has amongst its staffing numbers.

In the case of the prison officer with whom I was discussing this yesterday, who claimed to be a policy lead on intelligence and so a person who advises Government on how to deal with Tact offenders, he stated that he “did not recognise” my claim that extremism was usually founded on one of three basic tenets: race, colour and creed – indeed I had to explain each of them to him in words of literally one syllable; colour (white supremacists); race (Rohingya in Myamar or Uighurs in China) or creed (Islamic extremists or anti-semites) – how do these people ever get into these advisory positions when they have no understanding of the causes that lay beneath the attacks we suffer?

The officer took me to task about my views, without ever sharing his own, so here again are my views, the reasons for them, and you can see what you think for yourself – it’s pretty simple, they come in three parts and they get straight to the issue.

Firstly, any terrorist, aligned to extremism based on race, colour or creed, who declares war on the UK seeking to murder, maim, mow down, blow up or otherwise destroy our country, our culture, our freedoms and way of life and convicted of Tact offences, then the sentence must always be mandatory life, with a tariff set by a judge dependent on the severity of the offence.

Secondly as a self-declared ‘soldier’ of whatever warped ideological extreme they choose to align themselves with against the UK, their custody as ‘soldiers’ will be in the hands of the Military, detained not in a civilian prison under the agency of the Ministry of Justice where they can radicalise vulnerable others – but in a Military Prison, under the command of the Ministry of Defence, where they can’t.

Finally any release from their sentence post-tariff will be determined by a specialist Terrorist Parole Board, there will be a presumption against release that the offender is required to displace but, if they are released, they will be on licence for life, Tpims will be mandatory and a specialist ‘T-MAPPA’ (Terrorism – Multi-Agency Public Protection Agency) will be established to monitor them around the clock.

In light of the Whitemoor attack the Ministry of Justice have just launched a review of how we manage prisoners convicted of Tact offences, but a Ministry of Justice spokesperson said “It’s an internal review by the department” to which the views of the public are excluded.

Really – the victims can’t have any say or influence on how these atrocities can be reduced and those convicted of them managed?

If you have views I suggest that you ignore what the MOJ Press Office have to say and write to your MP – as I have done – asking that your views be passed to the Justice Secretary and requesting they be considered as part of the review and that you receive a reasoned reply; this issue is far too serious to leave it to the likes of ‘policy leads’ who clearly couldn’t find their way around the Terrorism Act with a map.