A convicted rapist sexually assaulted a five-year-old girl on a train just hours after being released from prison, a court has heard. Darren Rothwell, 42, committed the attack shortly after he left HMP Forest Bank in Salford, Greater Manchester, where he had been serving a sentence for harassment and assault. He boarded a train at Manchester Victoria […] 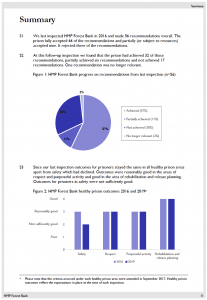 HMP Forest Bank – a large male prison in Salford, Greater Manchester – was found generally to have remained a well-led, competent and confident prison since its previous inspection in 2016. However, Peter Clarke, HM Chief Inspector of Prisons, said it was evident in May 2019 that safety in the prison, holding more than 1,400 […]

HMP Forest Bank continues to manage the challenges it faces well and had improved further, said Peter Clarke, Chief Inspector of Prisons. However, the needs of some marginalised groups of prisoners merited further attention, he added. Today he published the report of an unannounced inspection of the local prison in Greater Manchester. Forest Bank holds […] 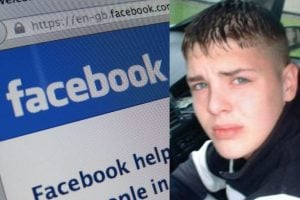 Two prison officers have been sacked for posting cruel remarks on Facebook after a young prisoner died in custody. The pair, from Forest Bank prison in Salford, made inappropriate comments about the death of Ashley Gill, 25, who died in jail in Liverpool after suffering an asthma attack. It is understood another prison officer at Forest Bank was […]